Styling Fiona Fullerton and her daughter, Lucy for Hello magazine was an opportunity to reunite  Jacques Azagury with his former Bond Girl muse... 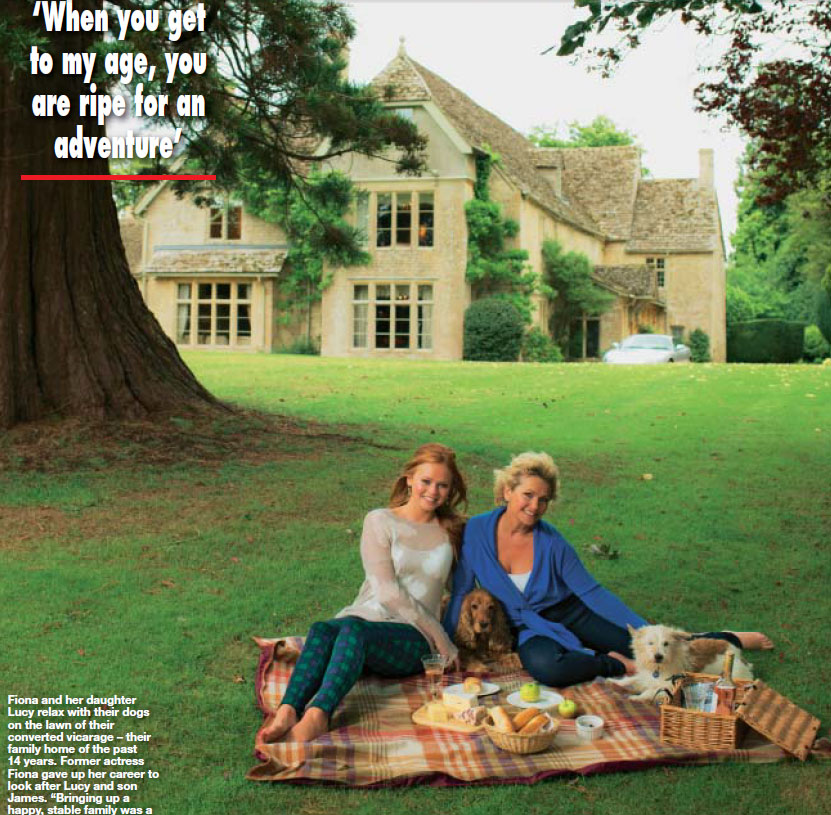 It was one of those Sundays that the weather forecasters had been predicting, for days before, would be windy and extremely wet. There was no way, I assumed, that we would be shooting outside. But when I arrived at Fiona Fullerton's beautiful Gloucestershire vicarage home to style her and her 17 year old daughter, Lucy, for Hello magazine, the photographer, Sven Arnstein wanted to start shooting outdoors.

So, with stiff upper lips and shivering, Fiona and Lucy wore glamorous gold couture dresses from Jacques Azagury and smiled gamely for the camera. For the picnic shot with the dogs on the lawn, just a ball throw away from the Thames flowing at the end of the garden, it was blowing a gale. But mother and daughter relaxed in knitwear by Wild Fox and Brodie (from Little London) and looked like they were at Henley in July. For the final outdoor shot, we managed to wrap Fiona warmly in a pink suede fringed scarf and leather jacket from Lemiena as she leant on the gate by the church.

We did the rest of the 6 page shoot in the house. My favourite shot is of Fiona in long coral lace dress from Jacques Azagury framed in the picture window of one of the bedrooms, while we stood, cosy inside, looking out at the chilly autumnal weather.

This wasn't the first time that I had styled a shoot with Fiona, former Bond Girl, reknowned for sipping champagne in a hottub with Roger Moore in A View To Kill. It was when I was Fashion Director of W Magazine and put together a glamorous evening shoot with top designers and their muses, shot by Trevor Leighton. Fiona was the muse of one of my favourite designers, then and now, Jacques Azagury. It was great to put them together again for the Hello shoot. 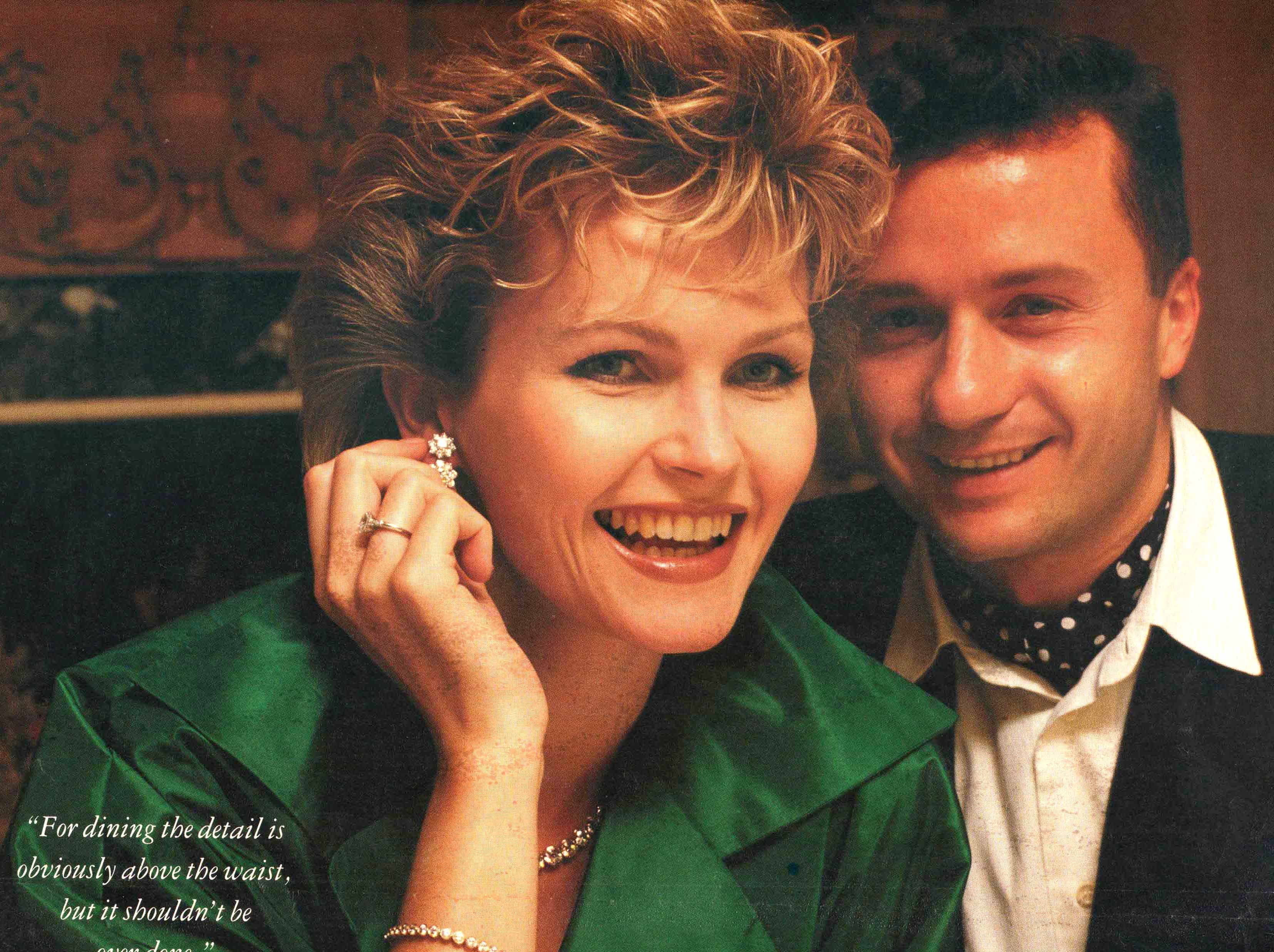