April 20, 2015 at 06:33:37 AM
Social Whirl
It was a case of very high octane fashion as in wearing a couture dress in a hovering heli for frill-seeker TV presenter, Charlie Webster, whose life is a whirl of glamorous social events and extreme sports projects.....More 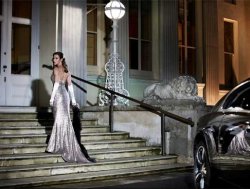 September 3, 2014 at 11:42:48 AM
Hanger Appeal
We shot the images for CHIC HANGERS, at the Stoke Newington location where Dragons Den is filmed. And I'm sure that any of the Dragons would jump at the chance of investing in this hot new label created by Sophie Bath-Stirk...More 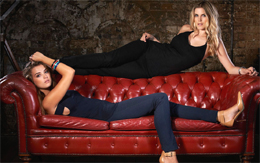 August 15, 2014 at 07:48:07 AM
James Blonde
Her name is James. Ashley James. She is the pin-up blonde who made her name in Made in Chelsea, and proves that blondes really do have more fun...More 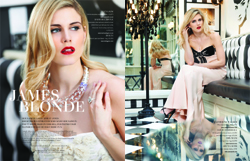 June 27, 2014 at 11:05:50 AM
Having our Cake
For this week's Hello magazine, we shot at home with Fiona Cairns, who made the royal wedding cake for William and Kate. Sun, style AND strawberry jam in a Victoria sponge. What more could you ask for on a shoot?...More 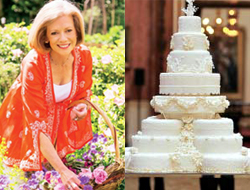 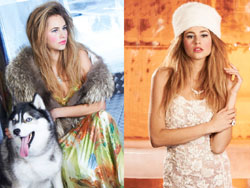 October 15, 2013 at 09:35:32 AM
Fiona Fullerton At Home
Styling Fiona Fullerton and her daughter, Lucy for Hello magazine was an opportunity to reunite Jacques Azagury with his former Bond Girl muse...More 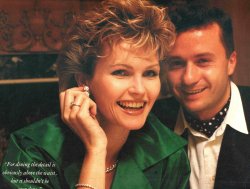 August 7, 2013 at 04:39:16 AM
What Floats Your Boat
I wanted 5 star resortwear looks to float this luxury Sunseeker boat, for the latest issue of Epicurean Life, with breeze-jangling jewels, glamorous swimwear and buoy racer colours.. And, as we were on board an 80ft Sunseeker Predator, it figured to go overboard with a killler animal print - or two. So long drab land-lubbers...More 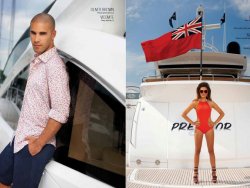 May 7, 2013 at 11:54:59 AM
Glamorous Goodwood
There is only one way to dress for The Season: Glamorous. Itâs all about head-turning looks for making a grand entrance. For the current issue of the five star living magazine Epicurean Life, I styled gowns in the Downs at Goodwood. And you can't get more glorious - or glamorous - than Goodwood...More 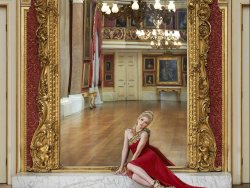 April 4, 2013 at 07:40:05 AM
Snakes On A Dame
It is definitely The Year of The Snake in the fashion world. Not since Jungle Book has Kaa been more popular. I am in love with the snake tote bag and the biker jacket from Lemiena..More 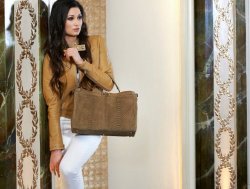 December 19, 2012 at 09:21:06 AM
The Gin Crowd
Styling the advertising campaign for Brockmans took place in two London nightclubs so my clubbing credibility is soaring even though we shot during the day and the closest I got to a cocktail was the Brockmans bottles of gin used for the shoot...More 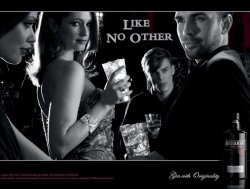 December 18, 2012 at 04:57:54 AM
Not Strictly Ballroom
The splendid Dorchester Ballroom is more used to grand banquets than a grand jetÃ© en avant. But when we decided to choreograph flowing frocks and corseted couture dresses with dazzling jewels to create a ballet of ballgowns for the new issue of Epicurean Life, The Dorchester said, fair pointe...More 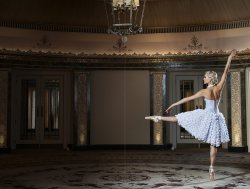 November 9, 2012 at 12:48:47 PM
Club Class
It's not often that I spend 8 hours in a nightclub, these days. But, recently, for the November issues for Run Wild Media's luxury magazines, Kensington & Chelsea, Mayfair and Vantage, we shot at the new and very hot socially 2&8 Club at Morton's in Berkeley Square More 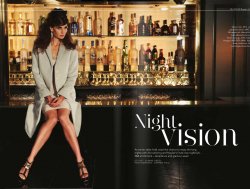 October 1, 2012 at 12:36:43 PM
Strictly Stylish
It was all Strictly Stylish for the reunion shoot celebrating 10 years of Strictly Come Dancing, featuring over 6 pages in this week's issue of Hello magazine...More 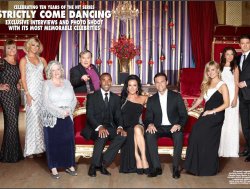 September 25, 2012 at 09:39:17 AM
Phwoar Horse
No animal was injured or asked to do anything they didn't want to for the sake of our latest shoot for Epicurean Life. No model, either. Happily horses, model - and designer dresses - all survived to create eight stunning pages and the cover. More 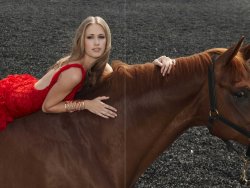 July 31, 2012 at 11:49:56 AM
Olympic Dame's
I had the privilege to style Zaha Hadid, the amazing award-winning architect who created the much feted Olympic Aquatics Centre (below) and who was created a Dame in this year's Queens' jubilee birthday honours...More 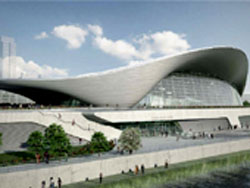 June 26, 2012 at 08:26:56 AM
Style-Athlon
Ready, steady, go. Yes, the Olympics are about to start and, so, we put high fashion on the starting blocks for the July issues of Vantage and Mayfair, the prestigious London magazines published by the Runwild Media Group......More 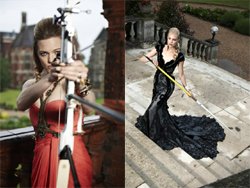 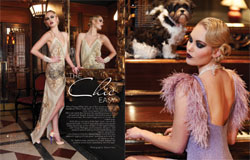 May 17, 2012 at 12:26:24 PM
Chez Tamara
I interviewed and styled former It Girl, Tamara Beckwith for the new issue of Epicurean Life in her home in Belgravia. It may be more than a decade since the celebutante 90s âIt Girlsâ hit our social pages but Tamara still has âItâ in terms of social and media allure......More

April 12, 2012 at 06:38:05 AM
Julian Clary - A Brief (Stylish) Encounter
I had a brief yet stylish encounter with the lovely Julian Clary at his house in Kent, the former home of the late Noel Coward, when I styled him for last week's 10 page feature in Hello magazine,coinciding with the launch of his new novel, Briefs Encountered........More 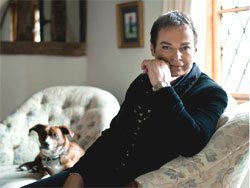 January 27, 2012 at 06:00:31 AM
Good shot
I watched We'll Take Manhattan on BBC4 featuring Bailey who is such a legend in his own studio time. And my shoots with him have always been entertaining Just after this shot with Germaine Greer, the baby boy she is holding, peed right in her face...More 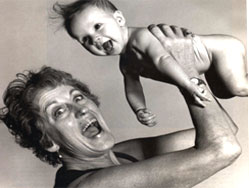